POSTMODERNISM: Subcultures as a Substitute to Nations?

The Modern self-identification was based on the national model. However, the world has changed, the world has been flattened and we face some attempts of re-establishing of the social order, but still we don’t actually know, through which key we might consider, that’s really happening. We’ve observed, that especially during the 60s, or better to say, from the very beginning of the 60s, we face a situation, in which young people are trying to self-identify with a completely different kind of groups than ever before.

Why completely different? Because their very identity is based not on the origin, but on their opinion, and it doesn’t even matter what opinion it is. They started to create these so-called “subcultures”, in which they absolutely globally from America through Europe and Russia to China and Japan cooperate and with which they self-identify often much more than with the country or region of their origin. However it could sound silly, a goth from London suburb would be more friendly to the other goth from Korea, than to his neighbor, who is punk or who is “just the boring nothing”. I’ve been often angry about some of these “subcultures”, because I saw their values incompatible with the Darwinism. According to Darwin, it’s the strongest one who gains most, but many of these “subcultures” simply started to celebrate some sort of weakness – and it doesn’t matter if we are talking about the social or the individual one. Thus the punks came, whose opinion was in strict opposite to the neoclassical liberal model of “young perspective modern capitalist businessman” as an ideal character of those, who were born to the contemporary generation. They even denied the value of money, and – as like as e.g. the communists – started to search the ideal in being poor and excluded from the “good society”. Well, we had also that period of the “cursed poets” in France, but that was strictly just a fashion of few individuals – so far from the nowadays’ model of massive denying of the “good society” and “traditional values”. Then the EMO came to fashion among the young people, a subculture, which was really the group of “The Weak Ones”, whose goal was really in being a weak victim of the society. Both previous massive subcultures, the punks and the “gangsters” listening to hip-hop, were the fighters against the system, so they created some new values, even values that simply can’t work as a society model. But the new wave was something completely different. They just resigned on doing anything, like... Well, like the whole Western civilization did in the late 90’s. I would like to prove this parallel, and that’s one of the reasons, why I am writing such article.

The elites in the 18th and 19th Century made one mistake, while discussing the creation of nation states. They often based their arguments about necessity of nationalizing the world on some historical basis, but, unfortunately, they completely misunderstood what was the entire middle-ages world about. Who was for instance Charles the Fourth, the Holy Roman Empire emperor and the Czech king by nationality? He was counted to the dynasty of the Luxembourg, grew in France, managed the Empire from the Czech Kingdom, where he felt as in his home – and a lot of his time he has spared on the territories of nowadays’ Germany. So who was he, a Luxembourgian, French, Czech or German? He was everything and nothing of that choice. Probably we would better say that we can’t prove his nationality at all; but why is he considered as the greatest Czech in the Czech Republic? Because of the same mistake, that is taken among many considerations of the contemporary subcultures. In the middle-ages the world had been divided by belonging to some feudal lords. From the 18th to the 19th Century, the national model was dominating and now we simply face a different point of view of classifying the people, which is new, unique, global and flat. As the American journalist Thomas Friedman wrote in his famous book “The World is Flat”, the traditional borders of nation states are being overthrown by the international superpowers, which are more interest-based, than origin-based. We can see that the world is globalizing and regionalizing at the same moment- it’s not so far to the history, when there was a need of a highway from Mulhouse to Strasbourg, connecting these two cities via French territory, no matter if there was the another one just few kilometers farther to the east in Germany, which was totally parallel to the French one. Today the motorists would choose the German highway, because it’s free of charge, even they’d go from one French city to another. There is even no role of the national borders to the global economy and international business – due to many existing free market zones and single rules created and managed by the WTO the business spreads over almost any kind of border – and rule of the old nation states structures is being diminished only to some kind of “authority”, which allows the global economy players setting their businesses in their country – and which, of course, play largely important competition role with the other governments, while the goal is to have as much foreign investments to the country as possible. Well, but what about our “subcultures”? That’s nearly the same form of globalization, but it isn’t providing the business, but just organization of people, who want to be “part of something powerful”. That concept is developing a Marxist thesis about so-called “international socialism”, because it’s creating very massive movements, mostly against the system supporting its off-scouring over the borders and over the nations – as the Marxists did in the 19th and 20th Century. The other, and I think most important, thesis of all these subcultures is a fact that they offer a membership to anyone who wants to belong to it – no matter of their sex, origin, sexual orientation, religion or whatever else. That’s really new on this concept comparing it to its ancestors, because though the feudal system was international in the way how we understand that word now, it wasn’t so voluntary. On the opposite, the national model was more voluntary (even not so much, you can rarely see an Italian of Norwegian origin, than an EMO, who was punk before). That’s another interesting aspect really proving, that this new structure is post-modern – if all values are equal to each other, there can be nothing like “treason by leaving the community”, so nothing is really compulsory and everything can be changed very easily to everything else. If we want to understand that “new world”, introduced by the so-called “Generation-68”, we have to think mostly about the reasons leading to this kind of thinking.

It started with the massive deny of human inequality in the 60s, as a reaction to the Nazism and Fascism – but, however, it was very extreme, so these movements, that started with their activities, postulated some sort of “eternal equality of everyone and everything”, where the word “everything” means primarily matters of ideology, religion, philosophy or any other kind of structured values. We could say, that this model isn’t really the only one, who bases its thesis on equality, because what about e.g. the liberals – they also predict, that all the mankind is equal in rights. But there is still one difference. As for example, take a case of fictive Tony, 28, a software engineer. He’s passed the MIT, has got several certificates proving his knowledge of JavaScript, ASP.NET and Windows Server 2003 platform. On the other hand, there is another guy, Peter, 30, also a software engineer working for the same company as Tony, but he’s passed some regional polytechnics in France, knows somehow the JavaScript, ASP.NET and has got few certificates for Windows Server 2003 platform. Both Tony and Peter want to take a position of the project manager, but alas for Peter, Tony is chosen. Why? Because he’s got more certificates and passed more prestigious school. Both Tony and Peter, together with the CEO of the company, who was choosing a new project manager, all of them are neoclassical liberals, so they believe in fact that all people are equal in their rights. But still that’s something, which is totally against the new subcultures’ philosophy. Why? Neither an existence of some hierarchy, which is even much more flattened comparing to the Rhenish model used mostly in the past time in Europe, is for those people something bad; but still, that’s not the only thing, that they mind, they mind also the fact, that Tony was found better than Peter. In these communities, really everyone should be as much similar in capabilities and in that, what’s demanded on them, as anyone else. So Jimmy the punker, who’s passed Harvard, having the IQ 165, wouldn’t be better in the punk community, than Marty the punker, having the IQ 70, who couldn’t pass even a high school. That model of absolute equality needed to create some standard level, which would be reachable by everyone, so that level needed to be very low. The rest is just their internal ideology and propaganda, by which they have to define in society.

So if we ask, who are those crazy people cutting their veins, because they’re EMO, or begging on the street – just because being punks, and why they are so attractive to some sort of young people, we observe, that their personal profile looks like that: our young fan of the punks is a student, who hears in the school, that to be proud on his nation is bad and only the Nazis do such things, that to be proud on his family origin may be offensive to his less lucky schoolmates, to be proud on some religious values can be offensive to the believers of other religions, so which who they would identify? Well, they might identify with those America-dream winners, the guys like Bill Gates, who got rich just from the very nothing, but that predicts, that there are some people more smart than the others, because there can be logically no more multibillionaires than only a few, and they hear in schools, media, or everywhere else, that everyone is equal, apart from the fact, that they might be teenagers, who simply deny everything what their parents do or believe in. And now, our teenager comes and can see a group of nice people that expect really nothing of him, no successes, proves or anything like that, just to “get dressed, listen to some music and take some opinions” and that’s it! Just at the very moment he becomes a member of a wide, neither world-wide society that respects him as a full member, asking nothing of him and identifying him with some really non-demanding values. And that is a really dangerous thing, because those people, after they grow up, would think in the same mind frame, even they would wear suits instead of some clothes from the trash. While their movements are so massive, it’s potentially possible that they would become truly a strong force of the socialists. The leftists in 19th and 20th Century have crashed with their ideologies, because they tried to adopt them on nationalism; what really can’t work at all, but with the Internet, diminishing role of the borders and globalization, they can work much better in their cooperation. We know from the economical theory that the socialism really can’t work in a long-term scale. But fortunately it was broken before full economical collapse because of its malfunction of adaptation to the national model. Now it can destroy the capitalist, market-orientated world really completely. 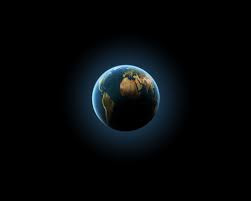 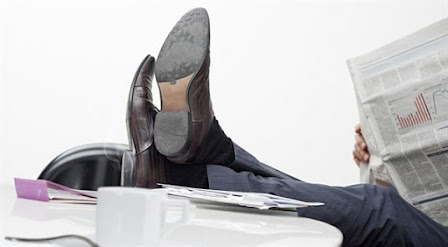 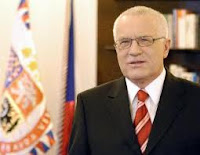